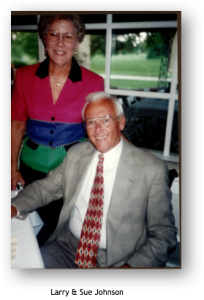 Thermal Balance was formed in October of 1967 out of the need for owners and designers to have the ability to obtain accurate field performance data on HVAC systems. Shortly after its incorporation, Thermal Balance achieved its membership in The Associated Air Balance Council (AABC), which has long been recognized as the leading independent test and balance organization in the world.

Larry Johnson’s early influence on Thermal Balance established the principles of honesty, integrity and accuracy in reporting.  He also believed in going the extra mile in every task he undertook.  It was only after Larry’s passing in 2002 that we fully understand his imprint on the TAB industry. His son Jay began the grooming process in the late seventies and continues to carry on his father’s core values to this day.

Our highly regarded reputation in the test and balance industry has been earned through our 53 years of providing unparalleled testing services. The founding principles Larry and Sue established in the beginning, continue to be instilled in every employee to this day.

Let us prove to you why we are considered the best at what we do.